With technology becoming increasingly advanced by the day, robots are expected to replace humans in many jobs, including telephone sales, data entry, and routine inspection. It’s predicted that robots could take 35% of UK jobs in the next 20 years, but it’s not just the workplace where robots are taking over, by 2050 it’s predicted that over half of us will be having sex with robots.

A Roxxxy doll with her creator, Douglas Hines.

True Companion, launched “the world’s first sex robot”, ‘Roxxxy’ in 2010, but ethicists have launched a campaign to ban these robots being introduced in the UK. However, chief executive, Douglas Hines believes there is a market for these products outside the usual pervert consumer. Where these robots will differ to the currently available sex dolls is the emotional intelligence. He states “The physical act of sex will only be a small part of the time you spend with a sex robot – the majority of time will be spent socialising and interacting.” Whilst there will be a vast improvement on those silicone orifices, the ability to converse with these robots, and for them to understand us on an emotional level provides us with more than just a sex toy, but companionship.

This emotional stimulus isn’t just an advancement to appeal to the run-of-the-mill pervert looking for a new gadget to entertain his fantasies, it could be helpful for those who struggle with social interaction, or maybe those that need practise before approaching a “real” woman. It could help with the grieving process of those who have recently lost a spouse, or ended a relationship and need that companionship, sexually and otherwise.

Although the primary consumers of these robots will be men, they are available to women as well, but as the sex industry doesn’t often focus on pandering to the interests of women as much as it does men, women using these sex robots won’t be discussed to the same extent, the most it’ll ever get in the media will likely be a review in Cosmo, whilst readers shudder at the thought of a woman grinding this silicone “man”. However, there are other ways sex robots could be beneficial to women: they could provide relief for long suffering wives or girlfriends who feel compelled to satisfy their partners out of fear that they’ll go elsewhere if their needs aren’t met. These sex robots provide them not only with the night off, but the reassurance that their husbands won’t be with another woman, well not a real one anyway, and won’t risk getting STI’s or falling in love (hopefully). It could potentially also spare women in the street who have to deal with street harassment. Would the man that shouted “alright gorgeous?” at a stranger down the street still do that if he had a Roxxxy waiting for him at home?

Could sex robots be beneficial to women, too?

Regardless of your opinion of sex workers, you can’t deny that they relieve the pressure women have of putting up with disgusting or unusual sex acts. Sex robots will assist in carrying some of that perverse weight. With the sex market expecting to be worth seven times as much in 2050, sex worker’s business shouldn’t be affected, in fact it could help bring them more work. It could provide users with something to practice with before seeing a real woman/professional. Which could give them that much needed confidence and reduce the awkwardness of applying these rehearsed sexual methods to a non-robot. 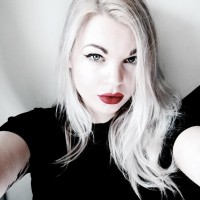