Donald Trump cancels his appearance at UIC Pavilion in Chicago due to protests that forced him to postpone his rally due to ‘safety concerns’. After the announcements of Trump’s no-show, protesters at the venue went on to chant the hook to Kendrick Lamar’s song ‘Alright’.

At the Chicago rally for front runner, Republican Presidential candidate Donald Trump, protesters celebrated his no-show by singing the lyrics, “We gon’ be alright” from Lamar’s third studio album ‘To Pimp A Butterfly’, which is starting to be recognised as the soundtrack to the Black Lives Matter movement after it was chanted at a previous protest, which quickly grew increase in popularity amongst protesters.

Allegedly, police enforcements did not advice Trump to cancel the rally, however he issued a statement saying, “After meeting with law enforcement it has been determined that for the safety of all of the ten thousands of people that have gathered in and around the arena, tonight’s rally will be postponed to another date.” Chaos broke out between supporters and protesters and Chicago police has stated that five people were arrested and at least two officers were injured. Trump went on to say to CNN, “You can’t even have a rally in a major city in this country any more without violence. And I didn’t want to see the real violence, and that is why we called it off.”

The incident is unlike anything seen in presidential politics for decades, with Trump voicing outlandish and extreme views, which have been likened to the tactics of Hitler across social media, creating a huge divide, highlighting the ongoing racism seen in America and around the world. Trump’s rallies have led to outcry from African-American celebrities such as Chris Brown and others pleading with their fans to vote in order to prevent Trump winning the upcoming presidential election.

Kendrick Lamar’s song ‘Alright’ being recognised as the Black Lives Matter soundtrack is fitting, bringing hope amongst despair and protest.  Kendrick’s open support of the struggles facing  African-American’s is reflected in his performances and lyrics as ‘Alright’ discusses police brutality and the killing of African-Americans, rapping, “And we hate the po po (police), wanna kill us dead in the street fo sho” featuring visuals of people on police cars in the song’s music video.

Kendrick recently blew the roof off at the 2016 Grammy’s with a politically charged performance, performing ‘The Blacker The Berry’ and ‘Alright’, standing on stage in front of millions of people, performing in chains, highlighting strong allusions to racial inequality. At the 2015 BET awards, Kendrick performed ‘Alright’ on top of a police car for powerful imagery, something that was recently executed in Beyonce’s music video ‘Formation’. With growing tension between Trump supporters and protesters, the use of ‘Alright’ is something that will go down in the history books. 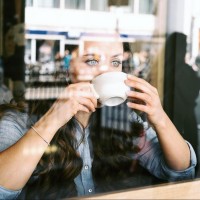