The Swedish high street retailer H&M is stepping out of the age of affordable basics and into a new generation of bold, breathtaking haute couture. The new line comes as a result of H&Ms designer collaboration with luxury Parisian fashion house Balmain. Expect exquisite embroidery, bold embellishments and striking silhouettes. The range was launched on the 5th November and is available in 260 H&M stores worldwide.

The fast-fashion empire spans 61 countries with over 3,700 stores worldwide. Despite this many desperate fashion fans flew to London for the release to try and get their hands on the precious collection. People began queuing outside the Regents Street branch of H&M from as early as 10.30pm the day before, and over 500 people are believed to have slept outside with the queue reportedly stretching round the corner by 3am. As opening time drew slowly closer, there were estimated to be around 3000 people waiting and eventually the police had to be called as store security were unable to control the crowd.

In Paris the stocks ran out within just 3 hours and pieces could quickly be found being sold online for an elevated price. Due to the crowd control issues in London, some stores opened late resulting in a surge of people trying to access the website which caused the site to crash. Outside Oxford Circus some people were even seen conducting live auctions in the street with items they had simply grabbed and purchased for the sake of selling on at an elevated price. The dramatic advertising campaign was led by Gigi Hadid, Jordan Dunn and Kendall Jenner, who is set to appear in the next Victoria’s Secret fashion show.

“When you wear Balmain, you feel powerful, like a warrior of the world. Balmain is about traditions and techniques, but it is also about youth and the new generation.”  – Olivier Rousteing, creative director of Balmain. 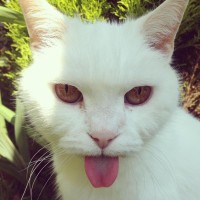