Glow Up’s finale is coming up and this season has showcased some truly inspiring makeup looks. Not only is the series a great chance for up-and-coming MUA’s to demonstrate their talent, but there’s also the inspiration for different makeup styles and looks for the rest of us. Here are the best makeup looks from this season.

The first week’s best look has to go to the wonderful Dolli. The theme for this week’s creative brief was to create a look that showcased them and their personality. Not only is this one of the best looks of the season, but also Dolli’s story of how she darkened her skin to achieve this look when black women are socially conditioned to lighten their skin to fit into society idea of what beauty is really struck a chord with the judges and viewers alike. Not only did she wow the judges with the makeup, but the addition of the fairy lights was pure genius.

Week 2 looked at makeup looks that symbolised freedom. Out of the makeup looks, this one from Sophie is so simple, but so, so clever. The Celtic war paint links to the idea of Boudicca riding into battle. This, along with the Suffragette colours, really highlights Sophie’s idea of women having the empowerment to be free. Sophie mentioned the strength she had from her mother and the feminist movement which was the inspiration for her look. This is such a magnificent look; it’s simple but effective. Something Sophie is clearly very skilled at. Therefore, she shined in this task.

This week some contestants struggled, but Jack’s Clive Wilson-inspired makeup look was definitely a favourite of many. They had a personal story with the artist, having cared for Wilson whilst they worked in a care home. Although not completely straight on the model’s face, this look is very striking and works perfectly. It isn’t a complete copy of the artist’s style as it has that element of Jack’s personality shining through; which is something Jack always brings to their makeup looks.

Sophie’s ‘realistic filter’ was the star of this week and one of the most authentic makeup looks this season. Even though the judges weren’t too impressed, this makeup look really showcased Sophie’s incredible talent. The use of prosthetics is so realistic. In addition, to this, the application was seamless and the final product looks far too professional for an amateur makeup student. Out of all of these makeup looks, this one definitely has the realist feel to it, you almost forget that this is fake!

The main challenge in Week Five was to create a makeup look that was inspired by aliens or anything futuristic. After missing the first 15 minutes, Ryley had a race against the clock to get out of the red chair and wow the judges. And didn’t she do just that! Using a bald cap for the first time, and creating something truly spectacular – Ryley seemed just as shocked as everyone in the room when she impressed the judges. The simplicity of this look really adds to that futuristic feel, the colours complement each other. In addition to this, there’s this unnerving feeling that the creature she created isn’t quite human.

Again, Sophie wowed the judges and viewers alike with her interpretation of the deadly sin, Sloth, Her concept looked at it being a rotting corpse, slowly decaying. As a result of using oranges and purple as the main colours of the look, Sophie subverted the stereotypes of this sin. Her idea is perfectly demonstrated without even using the usual ideas associated with laziness and death. In addition, her attention to detail also shines through in this episode, having that shiny ooze in the pustule was both gross and spectacular at the same time. 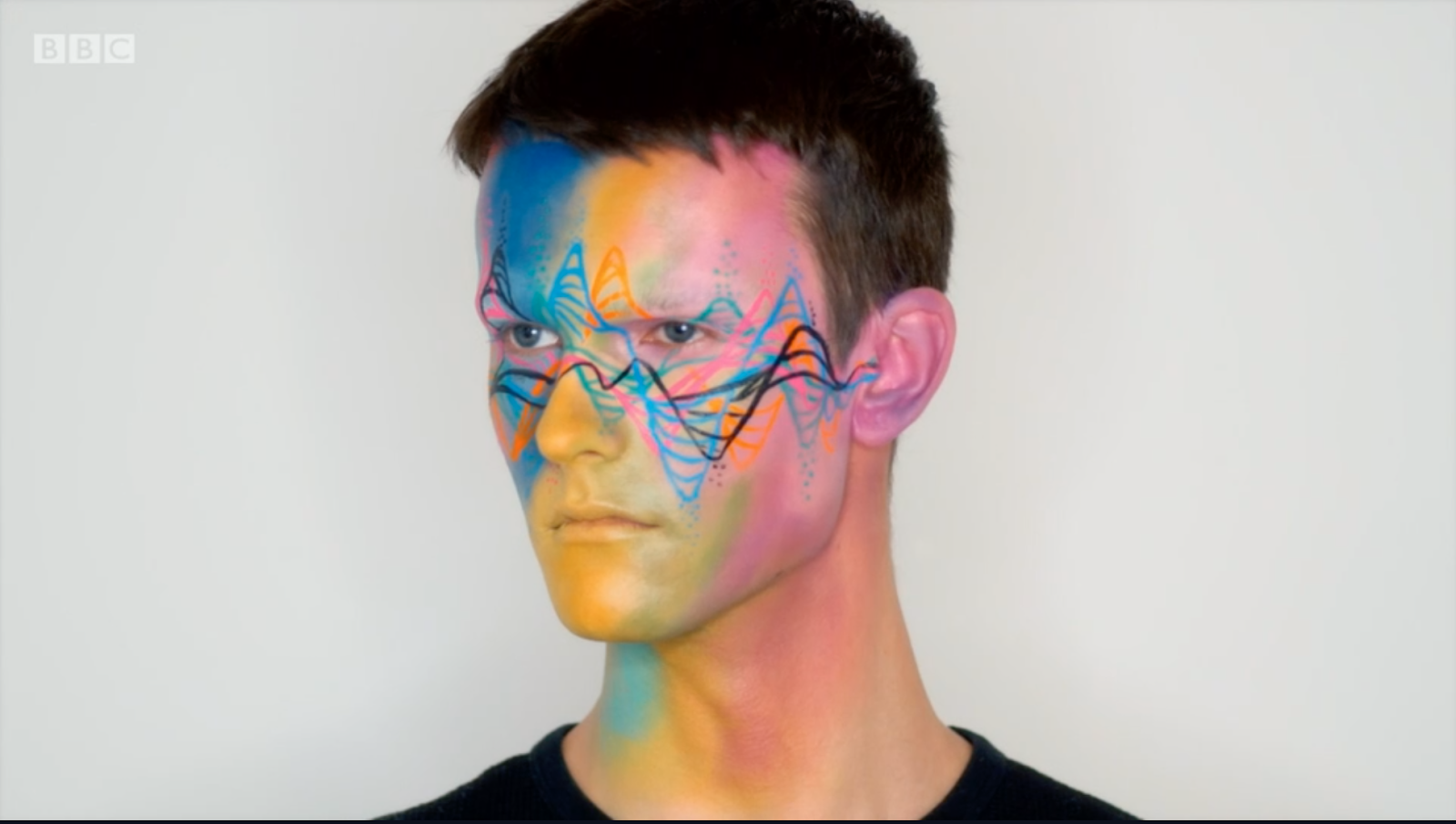 The semi-final brief asked the MUA’s to create a look inspired by their own guilty pleasure. Starting this week off in the red chair, Craig had a lot to prove. His idea of a guilty pleasure being music was illustrated by the waves and movement of sound. This was portrayed on the model’s face just beautifully, using bright, fantastic colours in a really unique combination. Not only was this one of the best makeup looks of the season, but it was also executed well. In addition, Craig had clearly taken on board previous comments from the judges and it subverted the expectation of what a guilty pleasure is.

If you’re looking for some more beauty inspiration, check out our beauty section here.