What was considered unhealthy a few years ago, is today considered the ideal yet, for most of us mere mortals, unattainable body shape. From the likes of Kim Kardashian, Iggy Azalea, Nicki Minaj, JLo to the lyrics of Meghan Trainor “All about that bass” and the squat, corset and “get a bigger bum” exercise craze. It’s a fact that a big booty is inextricably linked with sex appeal. Even though we thought that Sir Mixalot’s song “I love big butts”was superficial (okay, it probably actually was); it’s now being suggested that there are a lot more benefits to bigger booty than we ever imagined!

Brains And Butts- A review by scientists from the University of Oxford, revealed that women with big bums are not only more intelligent themselves, but also give birth to more healthy and intelligent children! How? You may well ask? It all comes down to the increased levels of Omega 3 fats promoting brain development. Though such conclusions are based on reviews of studies, which set out to confirm the point the scientists were making, it may be one of the reasons that children of women with larger butts are considered to be smarter; as found in a study of  16,000 mothers! The fat in a mother’s breast milk comes all the way from her lower half, so it goes without saying that a mothers increased Omega 3 is part of the baby’s diet, therefore producing brainy babies!

But does this mean that a big booty leads to increased intelligence or intellectual people? The fact that there was a correlation between big butts and brains does not necessarily mean that the one (big butt), is a necessary for the other (big brain). So before you take this as an excuse to binge on junk food, consider all the other factors that play a role in intelligence like overall fitness, a healthy diet and of course genetics!

The Body And The Booty- Women with bigger than average bottoms have lower levels of cholesterol, and produce favoured amounts of hormones like leptin which is secreted by fat and regulates weight and metabolizes sugar. So this means that they are less likely to have diabetes and any heart diseases!

Boys And Bums-It’s not how big the butt is, but how curvy the butt is

The fact that men are attracted to specific body types is rooted in evolution. In fact, it’s not even the actual size rather it’s the booty’s prominence that attracts males’ interest; that the combination of the waist-hip ratio and the curvature of the spine.  Body fat in the lower part of women’s body increases with puberty, regulated by sex hormones sculpting the body shape and this is referred to the waist-to-hip ratio (WHR). The butt is accentuated on women with a smaller waist and wider hips giving women an hour-glass figure and on women with a spinal curvature of a 45.5 degree curve from back to buttocks. Thus supporting that men prefer curve over mass. This body shape allows women to better support, provide for, and carry out multiple pregnancies. Increased levels of Omega 3 and “guaranteed” smart children may thus just be a bonus to the main evolutionary driver namely survival of the fittest.

The spinal curvature is more important than size when it comes to male preferences based on a psychological study from the University of Texas at Austin (Image Source: UT News)

So hopefully our appreciation for women goes beyond their body shape and acknowledge that a good booty could be a sign of a healthy body and strong mind!  So no pressure North West… But we’re all expecting bigger and better things from you! 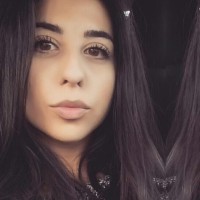